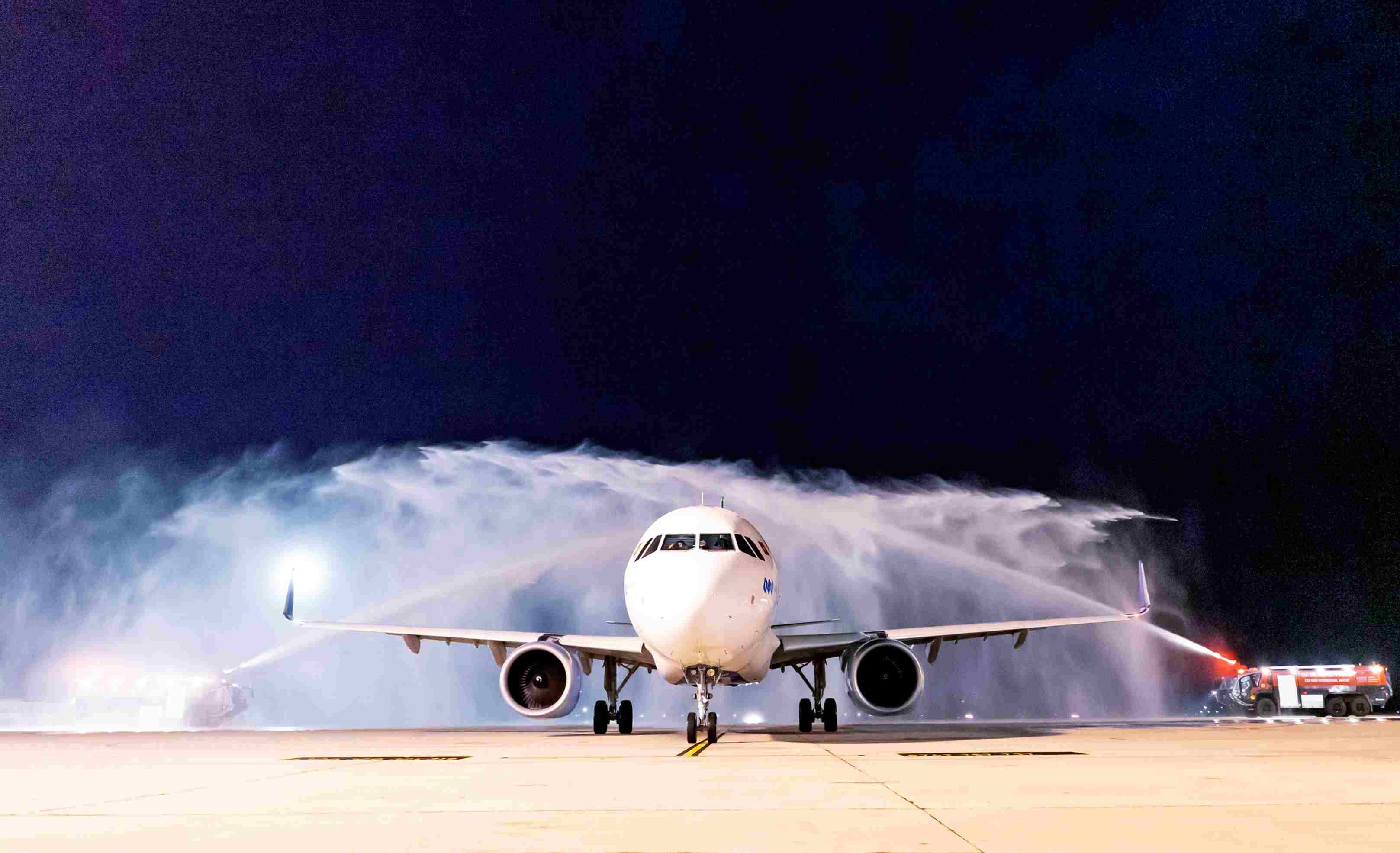 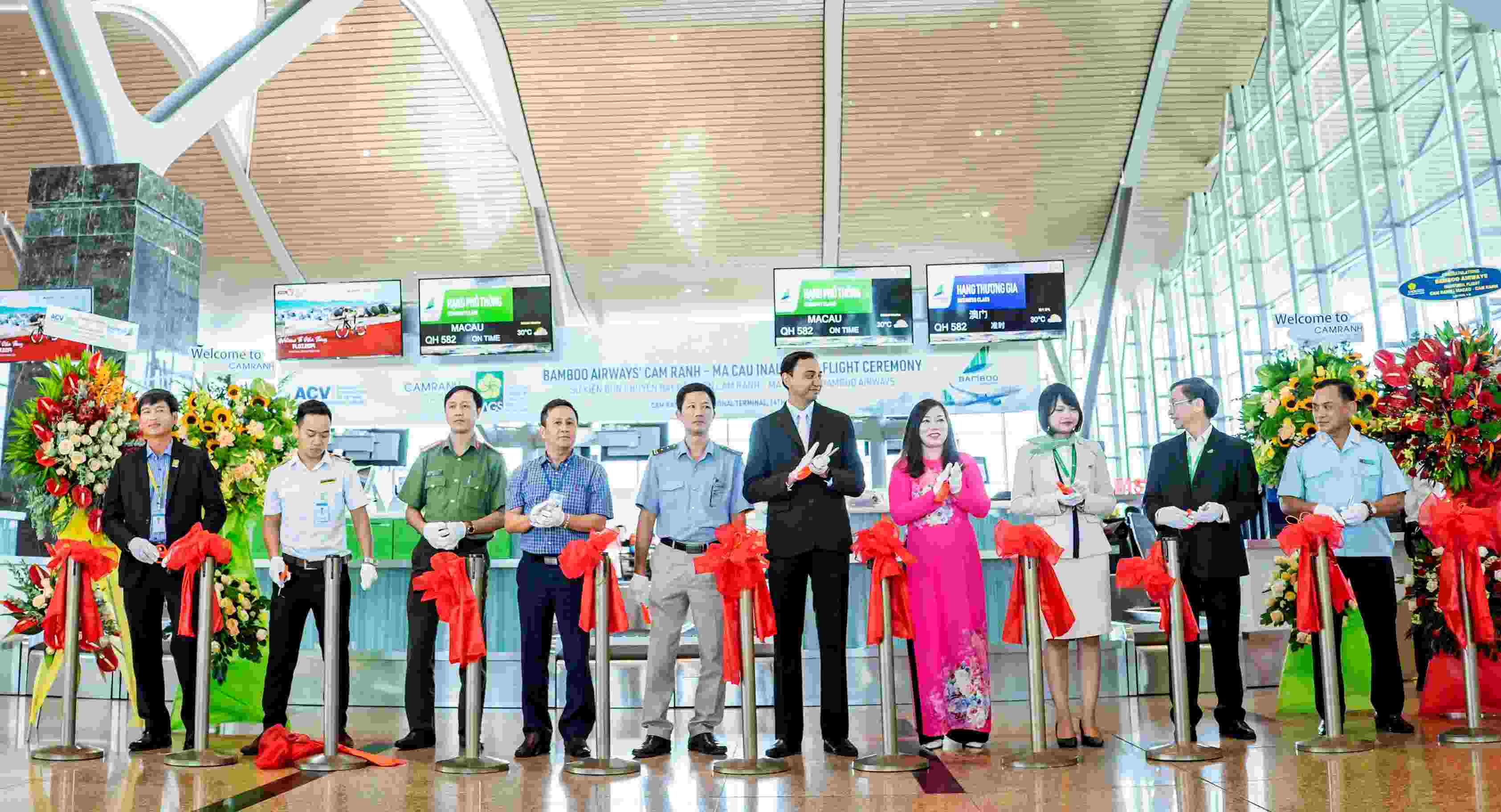 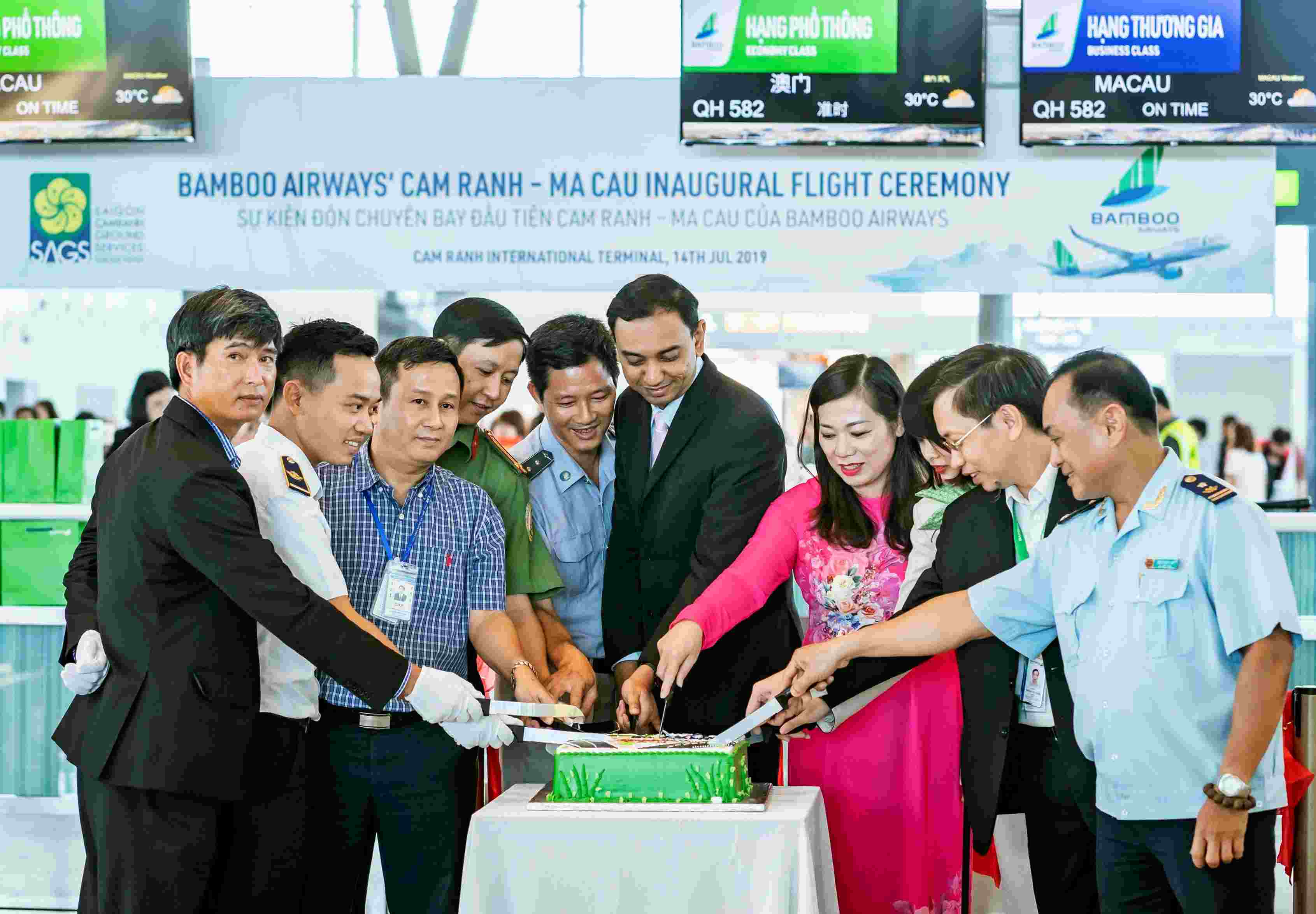 Macau International Airport – China has been put into operation since 1995. Now it can serve 6,000,000 passengers/year, 2,000 guests/hour, and about 165,000 tons of cargo/year. It is considered a freight center that plays an important role in Asia Pacific.

In addition to the route connecting Macau – China, Bamboo Airways has launched charter flights since April 2019 to South Korea, Japan, and Taiwan, receiving support and positive feedbacks from numerous passengers, agents, tour operators in Vietnam and the region.

China is one of Vietnam’s key tourism markets. According to the report from Vietnam National Administration of Tourism, Vietnam welcomed nearly 5 million Chinese tourists, accounting for nearly 1/3 of the total number of international tourists visiting Vietnam in 2018.

In particular, Khanh Hoa welcomed nearly 2 million Chinese tourists and it was one of the markets with the most impressive growth in 2018. Khanh Hoa is a favorite destination of Chinese tourists because it is home to some of the most beautiful bays in the world, with numerous tourist attractions and a unique culture. 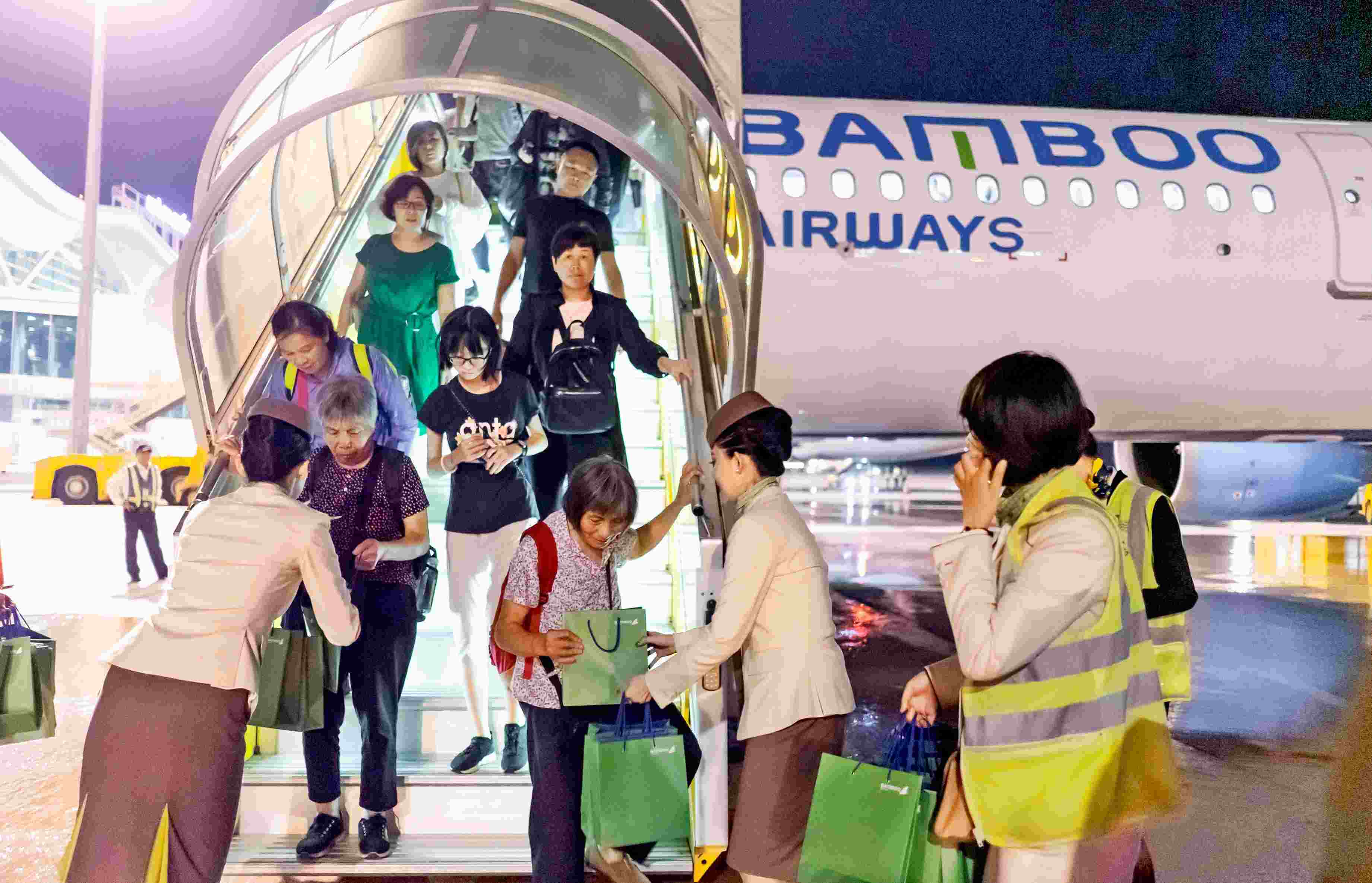 On the other hand, the statistics published by the Chinese tourism industry recently also showed that, Vietnam was the second largest tourist market of China in 2018, only after Myanmar. In particular, Macau is one of the destinations that Vietnamese tourists are interested in with the world’s most magnificent casino system and the colorful Asian-European culture. Being known as “Las Vegas of Asia”, tourists are attracted not only by Macau’s amazing landscapes, unique cuisine and vibrant nightlife, but also by its history and stunning travel experiences. 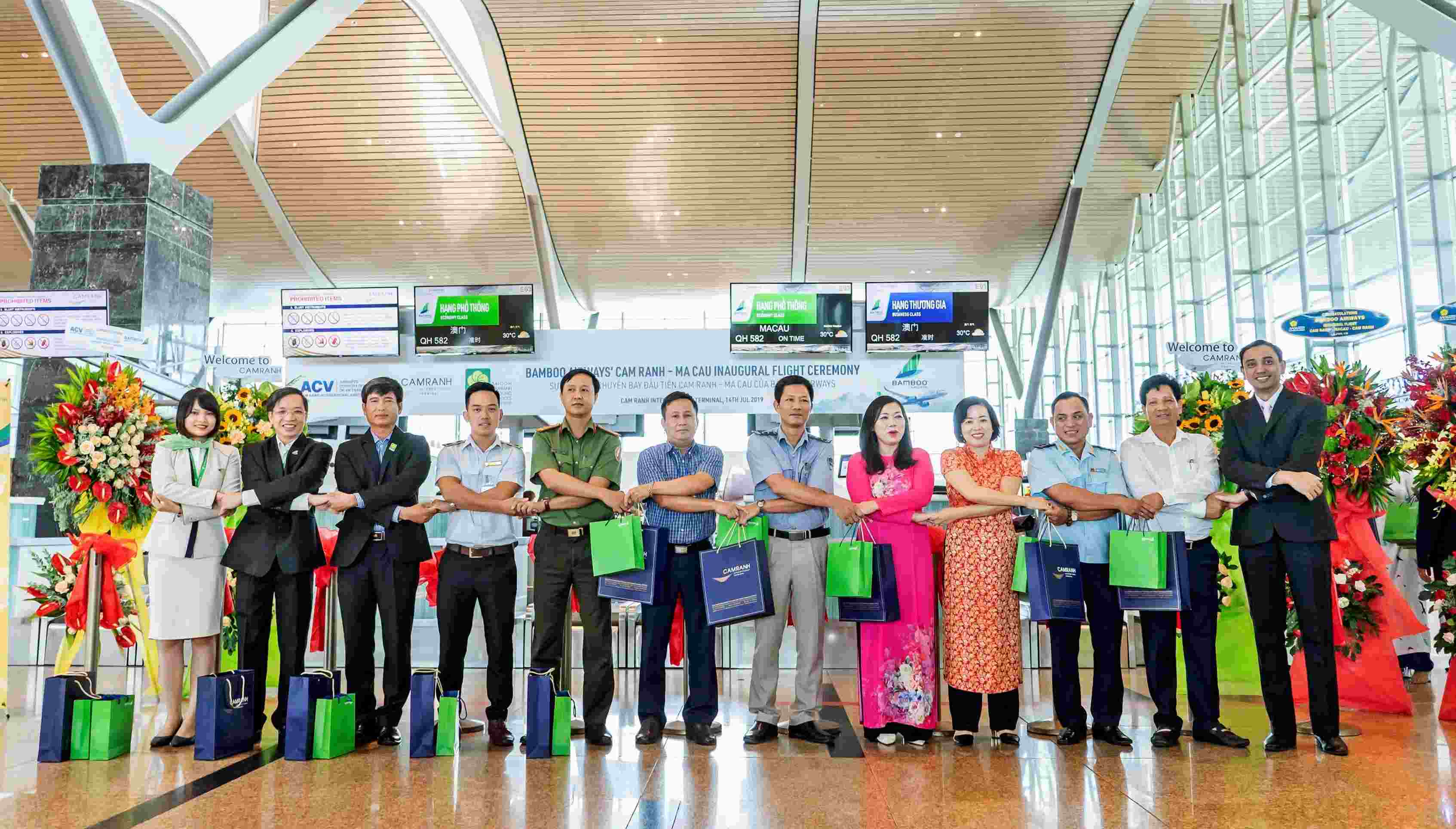 The introduction of the flight to Macau is a premise for Bamboo Airways to operate new routes to the bustling cities of China.

“Operating a new route to Macau, Bamboo Airways expects to meet the needs of leisure, entertainment and tourism in particular, and contribute to promoting trade and integration which have been on the rise between Vietnam and China in general. This is also a premise for Bamboo Airways to operate new routes to busy destinations of China,” said Bamboo Airways representative.

The Welcome Ceremony of the first international flight from China successfully took place.

In July 2019, Bamboo Airways will welcome the 9,000th flight with the absolute safety rate of 100%, the average load factor of 90% and the OTP rate of 93.8%, leading the entire Vietnam’s aviation industry in the first 6 months of 2019. Bamboo Airways also welcomed the 1 millionth passenger on July 12.

In order to serve its international flight plan, Bamboo Airways is accelerating the process of completing its fleet according to the orientation of standardization. It is expected that the Airline’s fleet will reach 30-40 aircraft by 2020, including narrow-body Airbus A321neo and wide-body Boeing 787 Dreamliner models, and the first wide-body aircraft will be handed over to Bamboo Airways by Boeing in QIV/2020. Earlier, in order to serve its operation, Bamboo Airways was planning to lease aircraft from its partners, proceeding to put Boeing 787–9 aircraft into operation this year.

On 12 July, the Bamboo Airways flight No. QH1213 from Hanoi to Quy Nhon welcomed the 1 millionth passenger. On…