Check-in counter location: as shown in the photo. 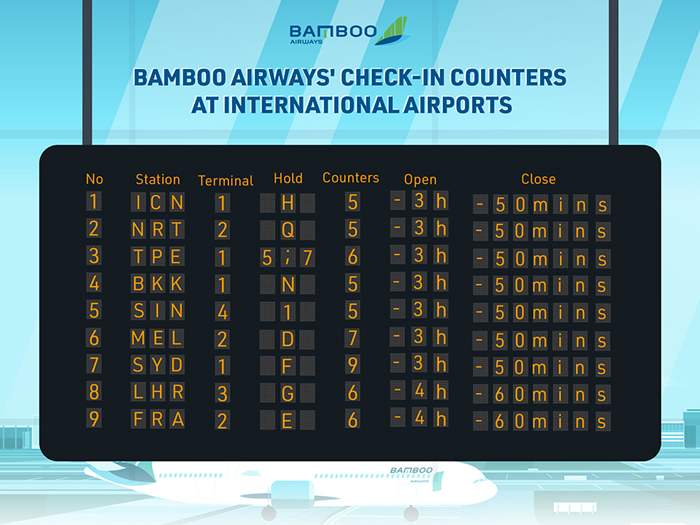 For Australian and European routes: operated by Boeing 787-9 aircraft.

To meet the increasing demand for air travel of passengers, Bamboo Airways officially switched to operating at terminal T4 -…