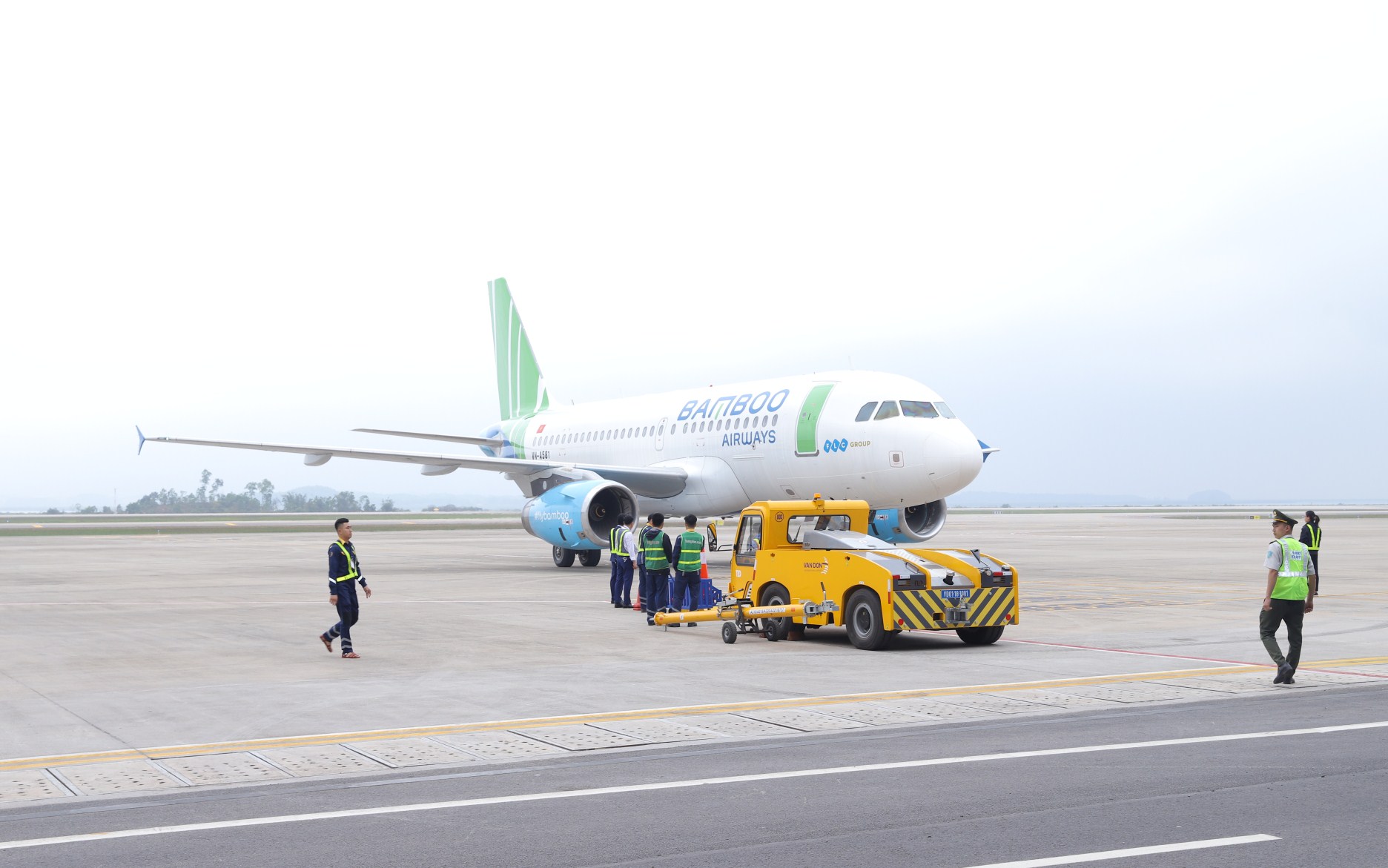 This is the 10th route opened by Bamboo Airways after its offcial launch on January 16. The frequency of this route is 4 flights/week. Flights are scheduled to depart from HCMC at 7:50 and from Van Don at 10:45. Flight time is approximately 2 hours 10 minutes and fares start from VND149,000 (USD6.4) excluding taxes and other fees.

The Opening of HCMC – Van Don route has great significance in meeting the needs of passengers and freight transportation, promoting socio-economic development of Quang Ninh, thus facilitating tourism and trade between the South and Northeast region of Vietnam. 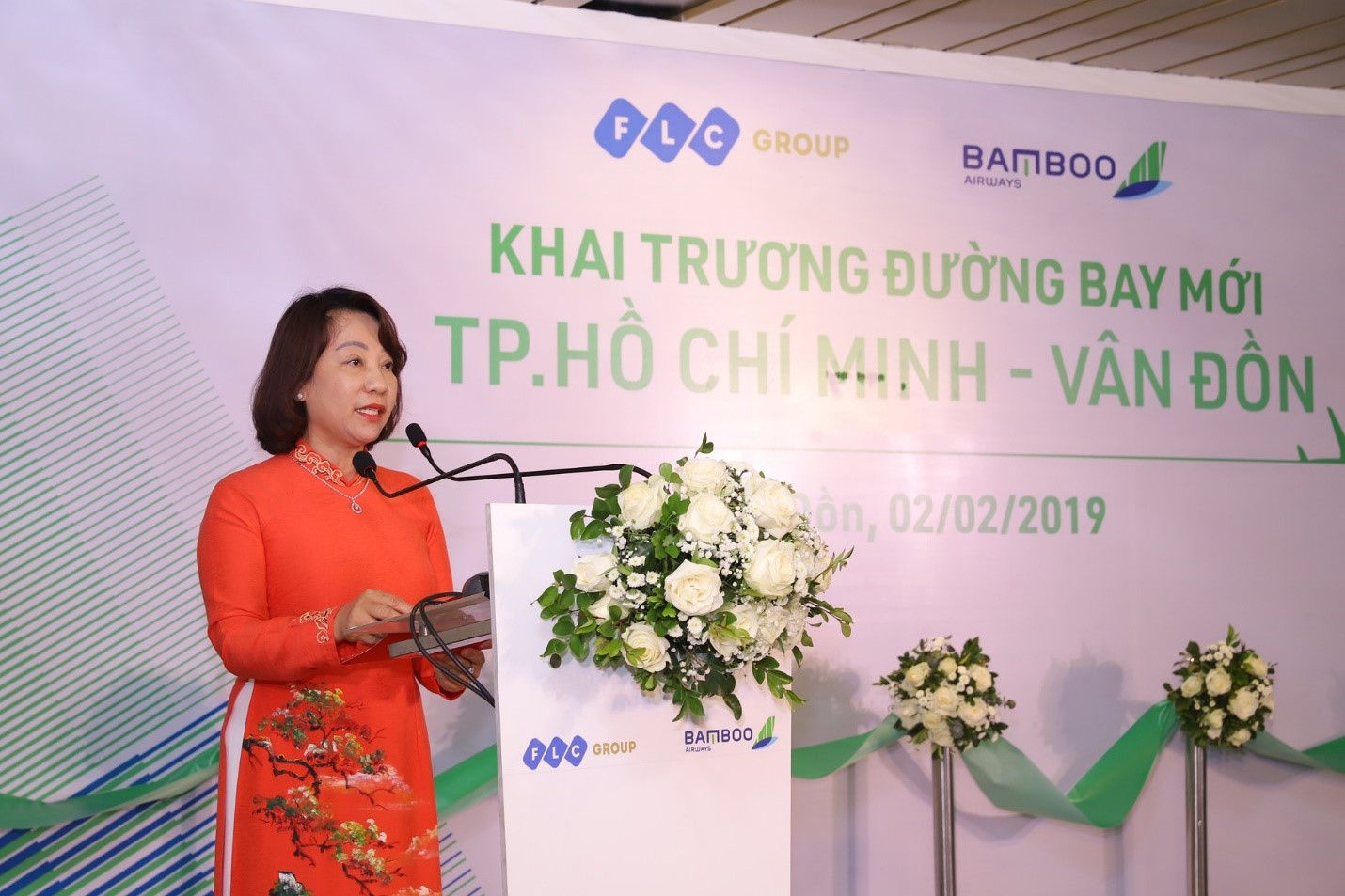 Ms. Vu Thi Thu Thuy congratulated Bamboo Airways on its first flight from Van Don International Airport and insisted on the future success of FLC group in offering new products and services in Quang Ninh. She also expressed her hope for the expansion of domestic and international network of Bamboo Airways which, in combination with FLC Group’s resort and tourism products, will attract more tourists to Quang Ninh. 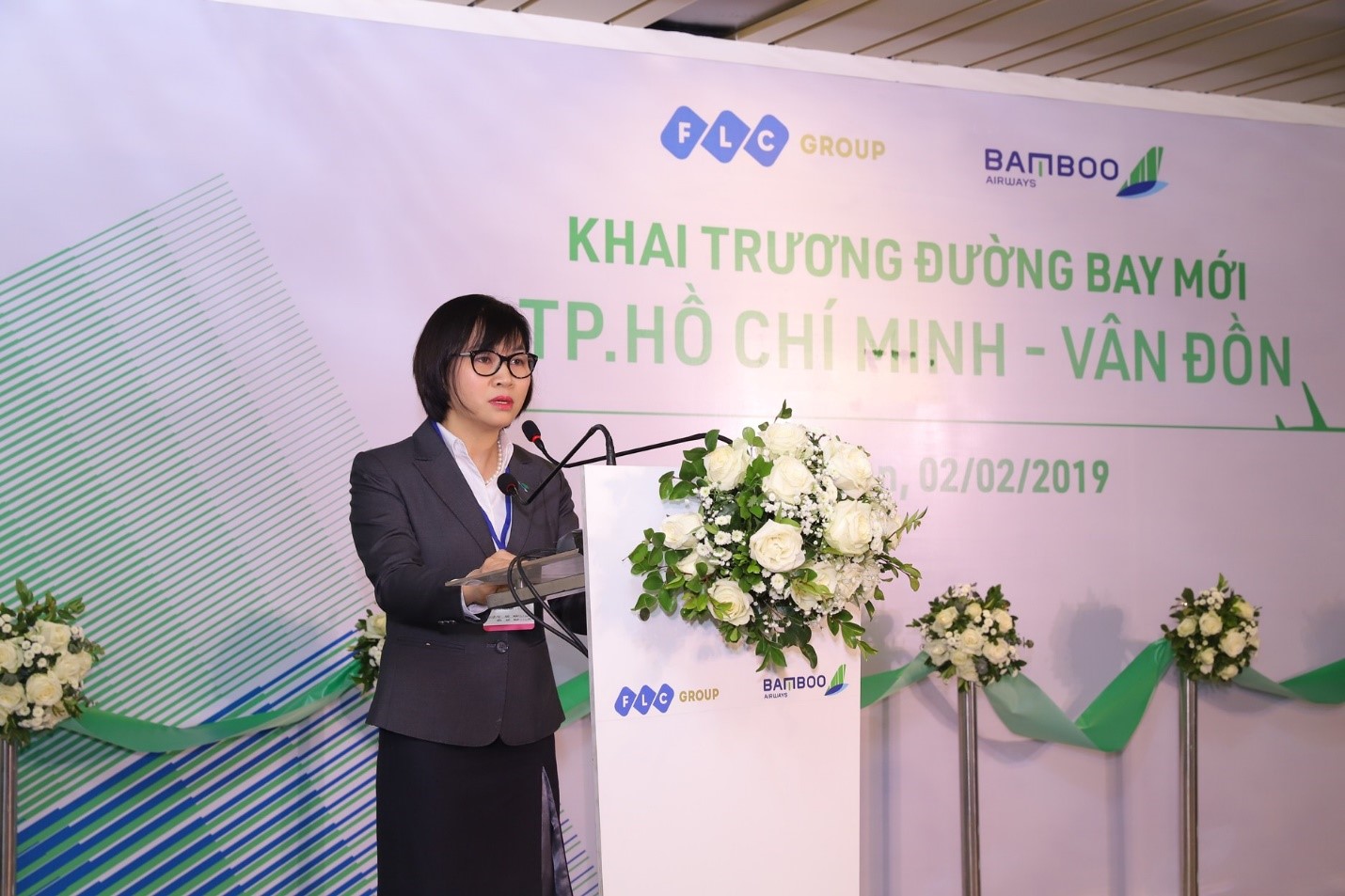 According to Ms. Duong Thi Mai Hoa, this is a new route operated after the launch of HCMC – Thanh Hoa route on January 29, affirming the Airline’s commitment to invest in the development of the niche market, connecting major cities with new tourist destinations. 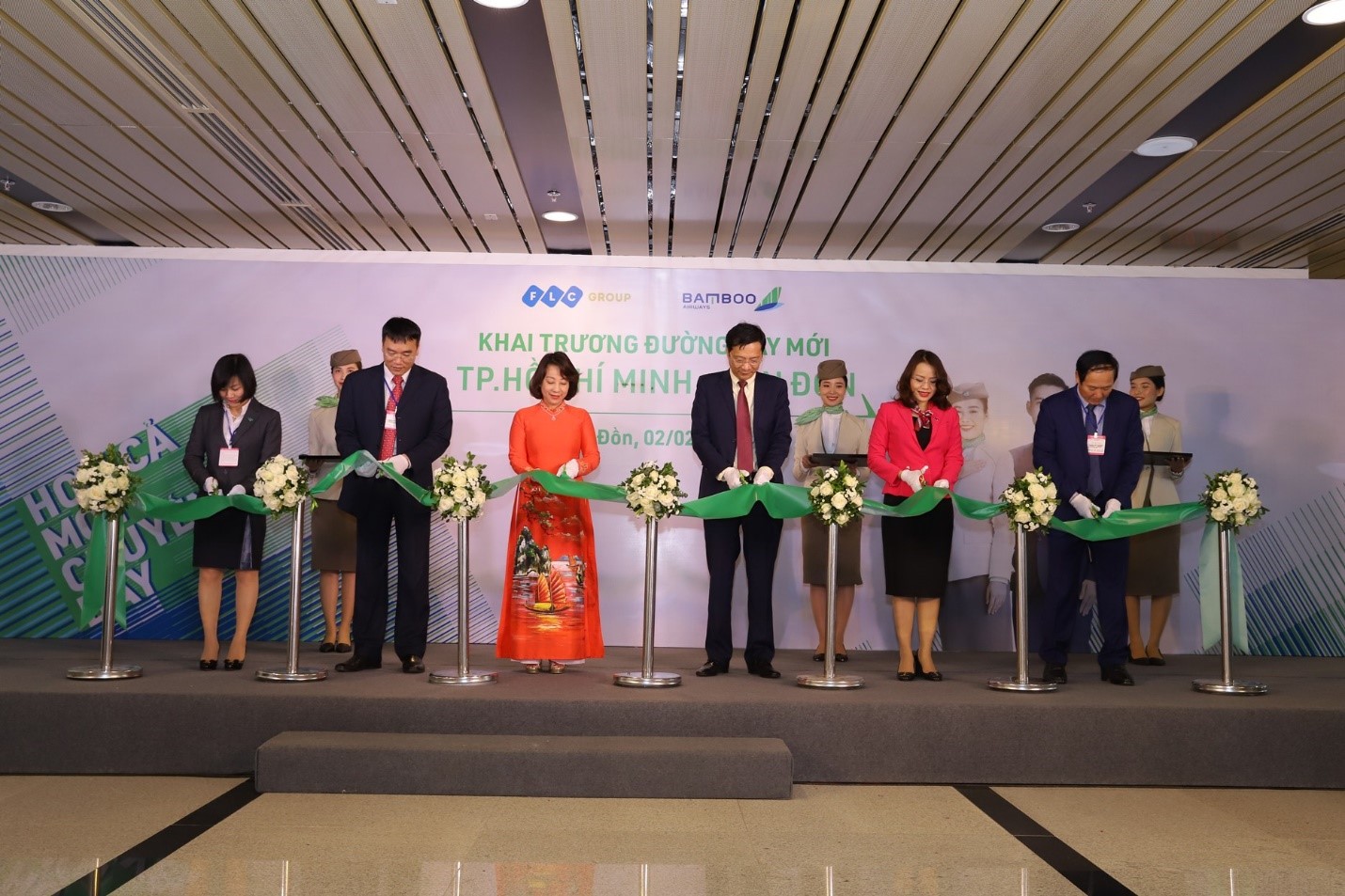 Ms. Tuyet Minh, on HCMC – Van Don flight shared that due to tickets being sold out, her family planned to celebrate Tet in HCMC. “Fortunately, Bamboo Airways has just opened an air route to Quang Ninh. I was happy and nervous before experiencing this flight but the services and attitude of the cabin crew have pleasantly surprised me,” said Ms. Minh.

Bamboo Airways is investing all resources to meet the increasing travel demand during 2019 Lunar New Year. While most people have time off for Tet holiday, all Bamboo Airways staff still have to work with full capacity. 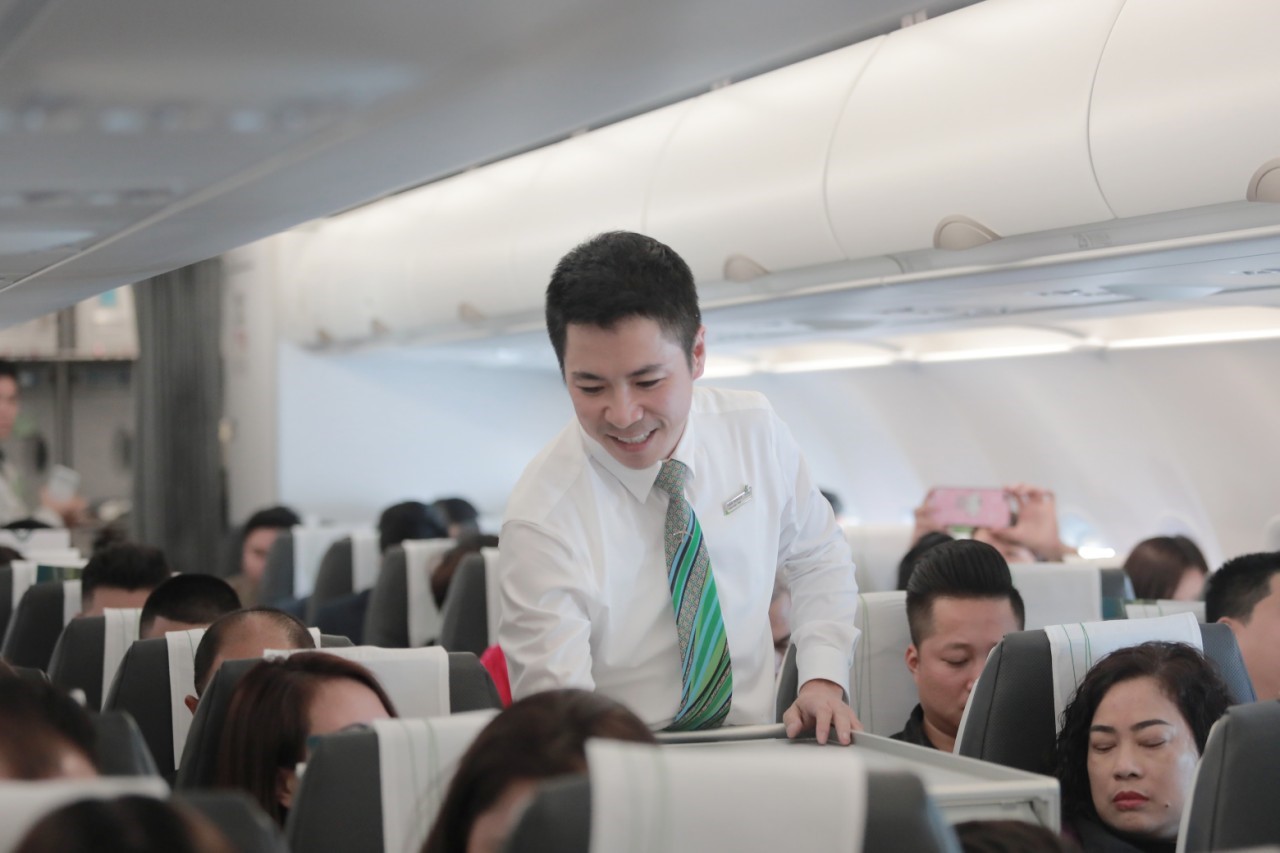 “The end of year was so busy that I could not even call home, but I still felt very happy and proud of the positive feedback from our customers. To satisfy the increasing demand, Bamboo Airways still continues to expand its route network,” said a technical staff of Bamboo Airways at Noi Bai Airport.

Despite being a new entrant, many flights of the Carrier are always overloaded, which prompts it to increase the number of flights and exploit more routes to cater the travel demand in 2019 Lunar New Year. There will be more 5 round-trip flights/day on Hanoi – HCMC route from February 3 to February 13. Especially between February 11 and February 13, the flight frequency will be raised to 6 round trips/day, serving passengers around the clock.

The Airline is planning on expanding its fleet to around 40-50 aircraft, which mainly consists of 44 A321neo and 787-9 Dreamliner wide-body aircraft opearated on 37 domestic and international routes in 2019.

To implement this plan, from March to June 2018, Bamboo Airways signed two agreements to buy 44 A321neo and 787-9 Dreamliner aircraft worth US8.8 billion from its two major international partners – Airbus and Boeing.

On January 22, Director General of the Civil Aviation Authority of Vietnam Dinh Viet Thang announced the decision of granting…