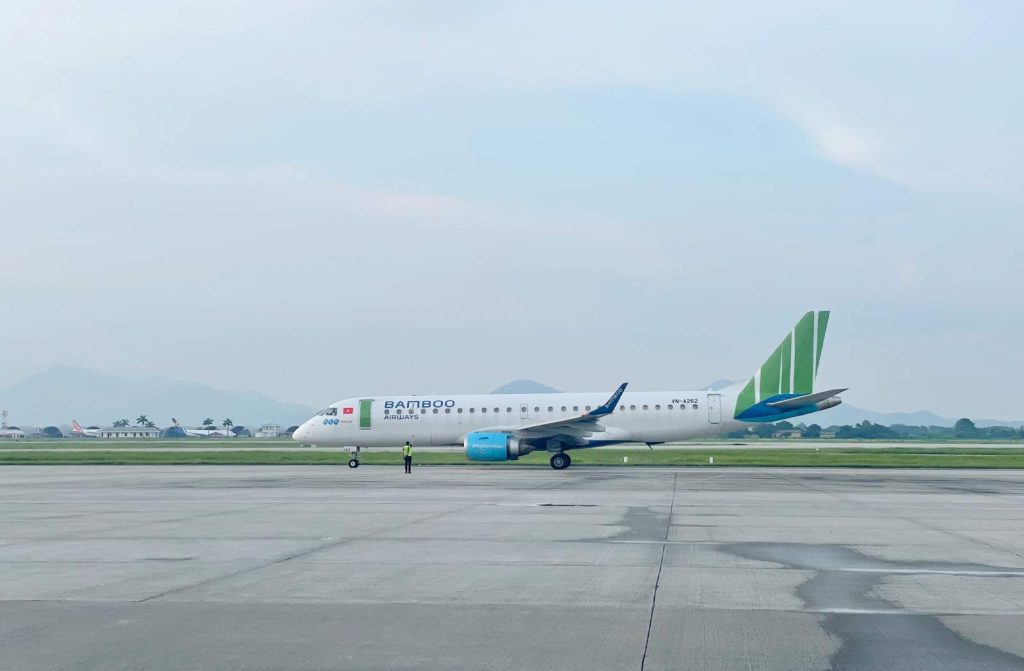 The first flight of Bamboo Airways from Vietnamese capital Hanoi touched down at 19:20, which marked a next crucial step in the airline’s roadmap of expanding international network. On this new route, Bamboo Airways operates the modern Embraer-190 aircraft, thus bringing utmost convenience and flight experience beyond expectations for its passengers. 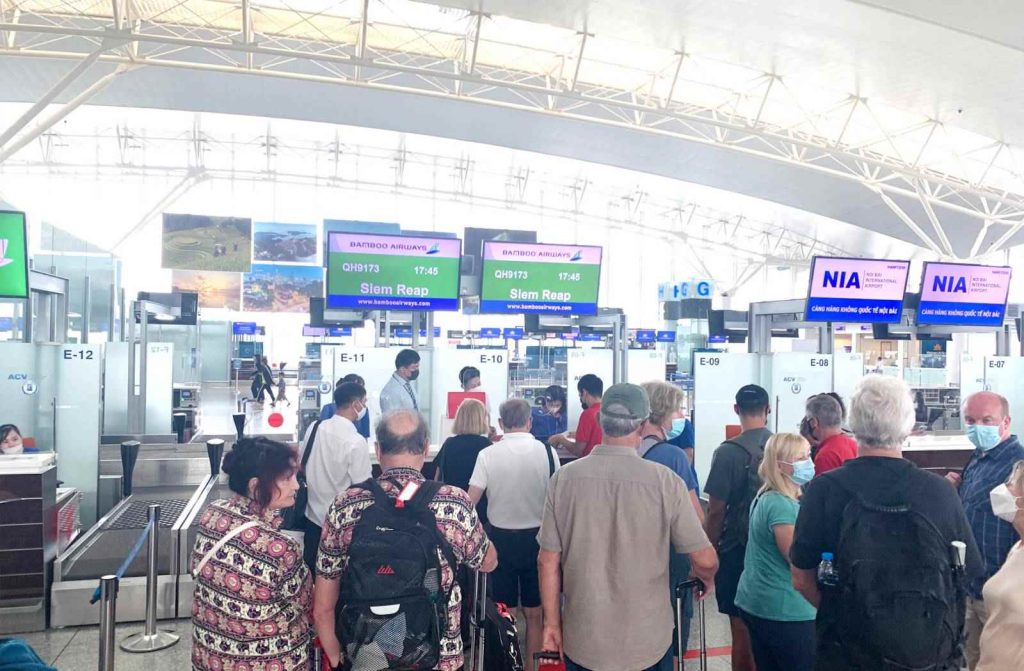 The new service connecting Hanoi and Siem Reap will be conductive to restore point-to-point travels between two of Asia’s most appealing cities known for their rich heritage and “douceur de vivre.” It will also strengthen travel options for passengers and boost tourism growth by taking advantage of two international airport hubs.

Mr. Thach Pierre Hoang, Deputy CCO of Bamboo Airways, said: “This first nonstop Hanoi – Siem Reap flight is Bamboo Airways’ next effort in our journey of expanding international presence. We are more than delighted to offer 5-star oriented services at Siem Reap International Airport and look forward to leveraging this valuable partnership with many more upcoming routes in the future. In addition, we expect our new Vietnam – Cambodia route will fulfill its crucial role as aviation bridge and make a substantial contribution to the development of both countries in all aspects such as tourism, economy, culture, etc.”

Stephen KING, Chief Commercial Officer at Cambodia Airports, the company that operates the Kingdom’s 3 international airports, said: “In this challenging time, it is a breakthrough to welcome a new carrier. We are delighted to welcome Bamboo Airways today. We know passengers will appreciate the extra choice offered by the airline’s new service linking Vietnam’s vibrant capital Hanoi and the wonderful city of Siem Reap. This is a further sign of the rebuilding of tourism after the successful vaccination campaign led by Cambodian authorities and subsequent reopening of the Kingdom’s borders. We look forward to welcoming new routes between our two countries with Bamboo Airways in the coming months.”

Under a public-private partnership signed with the Royal Government of Cambodia in 1995, Cambodia Airports holds the concession for the development and management of Cambodia’s network of international airports serving the capital city of Phnom Penh, Siem Reap, home to the UNESCO World Heritage Angkor Archeological Complex, and the port city and beach resort of Sihanoukville.

The world’s leading private airport operator, VINCI Airports operates more than 50 airports in 11 countries in Europe, Asia and the Americas. Thanks to its expertise as a global integrator, VINCI Airports develops, finances, builds and manages airports by providing its investment capacity and its know-how in optimizing operational performance, modernizing infrastructures and managing their operations and environmental transition. VINCI Airports is the first airport operator to have committed to a global international environmental strategy in 2016, to achieve the goal of net zero emission across its entire network by 2050.

Established in 2017, Bamboo Airway spreads wings with a mission of connecting potential destinations to elevate images of Vietnamese people and culture on the international map. Bamboo Airways targets to become the first 5-star airline in Vietnam and bring experiences beyond expectation on every flight. Bamboo Airways operates a wide domestic network across Vietnam, while constantly expanding international presence to Europe, Asia, Australia, and other continents in the future. Bamboo Airways was voted as airline with the best service in Vietnam, the favorite carrier of golfers in Vietnam, the Best Cabin Crew in Asia and Most Improved Airline in Asia.