HomepageCompanyPress and newsPress releases Why Does Bamboo Airways Cooperate with New Zealand in Training Pilots?

Why Does Bamboo Airways Cooperate with New Zealand in Training Pilots?

New Zealand has the world’s longest history of aviation training. The establishment of the first aviation academy was early – at the end of the 19th century during the outbreak of World War 1, which greatly stimulated the growth of the country’s aviation industry.

According to the World Bank’s data, the figure for air passenger traffic in Vietnam now ranks first in Southeast Asia. In the period of 2016-2021, Vietnamese aviation industry has achieved the growth of 17.4% compared with the average percentage of ASEAN, 6.1%.

However, this abrupt surge has resulted in tremendous pressure on the workforce. According to the calculation by the Ministry of Transport (MOT), the number of pilots in Vietnam in 2025 will have to rise by 1,225 compared to 2020. The Civil Aviation Authority of Vietnam also revealed that from now to 2030, Vietnam will need about 200 pilots per year to meet the market demand.

This situation has prompted various airlines to deploy multiple pilot training activities. A prime example is Bamboo Airways and its Aviation Training Project.

During the groundbreaking ceremony on July 28, Bamboo Airways inked a Memorandum of Understanding (MoU) for the long-term cooperation in pilot training with the New Zealand Aviation Academy. 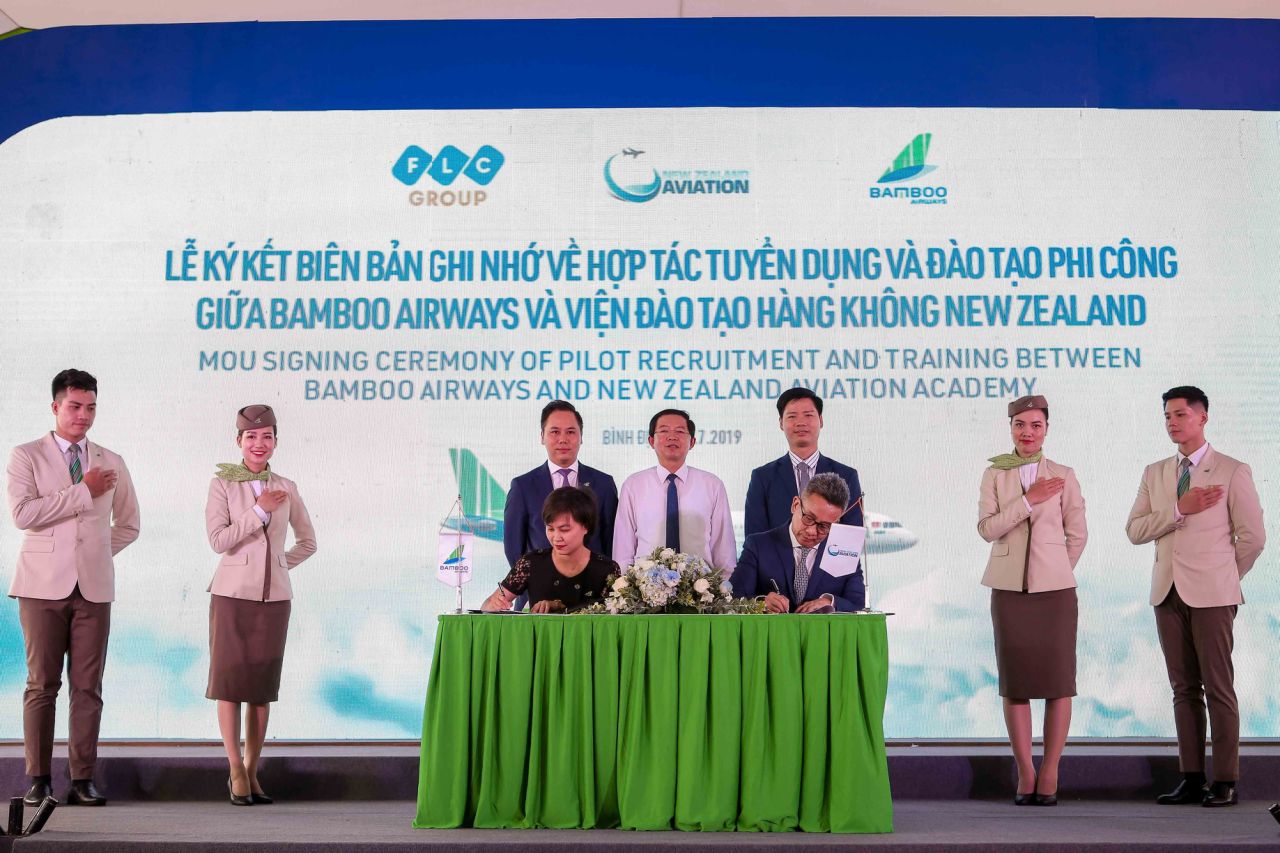 Bamboo Airways’ representative insisted that MoU this time will be a solid platform for the thriving relations. Bamboo Airways in cooperation with the New Zealand Aviation Academy will recruit students satisfying the criteria of both parties. The students then will be trained by the top specialists from the Academy.

The question is: Why New Zealand while there are so many other countries with prestigious aviation academies such as the US, Canada, Australia, etc.?

Over 100 years of development

New Zealand has the world’s longest history of aviation training. The establishment of the first aviation academy was early – at the end of the 19th century during the outbreak of World War 1, which greatly stimulated the growth of the country’s aviation industry. With over 100 years of development, the Kiwi nation has become one of the leading countries in the aviation industry with the highest share of aircraft ownership in the world (1,000 people/ aircraft) and nearly 10 pilot training centers reaching International standards.

All aviation academies in this country boast very strict entry standards. Apart from sharing the same admission requirements as other universities, every future pilot must pass a rigorous entrance test assessing the competence, health, bravery and sense of responsibility. Being admitted to a flight school in New Zealand is already incredibly difficult, but graduating is completely another story.

To graduate from a flight school in New Zealand, each future pilot must obtain a first-class health certification, pass a written test for pilots, an English proficiency test, and fulfil other special requirements issued by the Civil Aviation Authority. A number of licenses, namely Private Pilot License (PPL), Instrument Rating (IR), and Commercial Pilot License (CPL) are also the prerequisites. Thus, every pilot from the flight training schools in New Zealand is highly competent with the capability of improvising with any situations.

The New Zealand Aviation Academy – future partner of Bamboo Airways is among the very few flight academies founded by immensely experienced pilots. The Academy’s headquarters is located in Matamata which was constructed during World War II. It gained the accreditation from NZQA (New Zealand Qualifications Authority) – a public organization founded with the purpose of evaluating and licensing national universities and training agencies under the 1989 Education Law, with the mission of elevating New Zealand’s educational system to new heights. 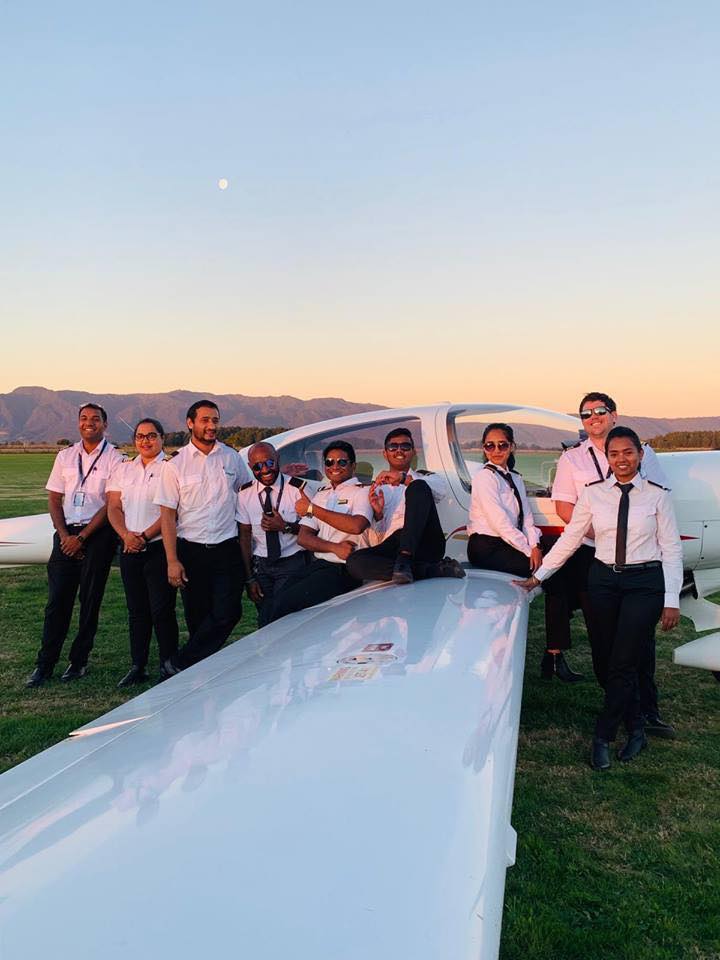 Bamboo Airways deemed this MoU a solid platform for the strong cooperation on workforce training with the New Zealand Aviation Academy – a key factor contributing to the goal of developing a 5-star airline.

Upon the operation of Bamboo Aviation Academy, this Academy at becoming the leading aviation training center to hasten the localization of the industry’s human resource, which will not only reinforce the domestic workforce but also reduce the dependence on foreign partners, hence ensure the sustainable growth of Vietnam’s aviation industry.

Responding to the press, Mr. Dang Tat Thang, Executive Vice Chairman of Bamboo Airways, estimated that it will take the Airline a year and a half to train a pilot, and 200-300 pilots will be “produced” each year.

“Despite numerous cooperating invitations, Bamboo Airways chose New Zealand – the cradle of the world’s best aviation academies, even when compared with the ones from the US. The Airline and also its parent company – FLC group always choose the best partners, especially when it comes to training pilots. Therefore, New Zealand is the optimum option,” Mr. Dang Tat Thang said. 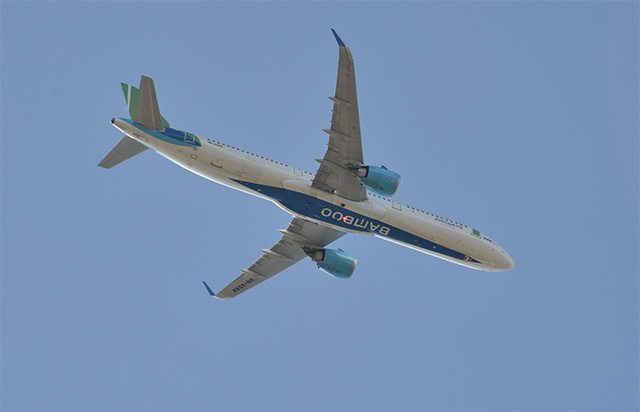 With this certificate, Bamboo Airways will step by step take the initiative in training specialized human resources for aviation exploitation,…

According to the People’s Committee of Binh Dinh where Bamboo Airways is registered and headquartered, the Airline’s revenue had tripled…