To strengthen the process of brand and service promotion, as well as the comprehensive expansion of operations in the Japanese market, Bamboo Airways organizes a large-scale series of events including numerous activities in Tokyo and other localities in Japan from June 28 to July 2nd, 2019.

Since the official establishment of a diplomatic relation, Vietnam and Japan have shared a strategic partnership in numerous fields for more than 4 decades, in which tourism is expected to be one of the four new key areas for the cooperation between the two countries, beside agriculture, labor and supporting industries.

According to Japan’s statistics, Vietnam is the second favorite destination of Japanese guests, and Japan is one of the countries having the highest number of people coming to Vietnam to play golf. On the other hand, the number of Vietnamese tourists to Japan reached nearly 390,000 in 2018, at the first-ranked growth rate compared to other countries.

Experts said that one of the factors contributing to the development of Vietnam – Japan tourism is the increasing number of direct flights between the two countries. According to statistics, the number of Japanese tourists coming to Da Nang, one of Vietnam’s cities having direct flights to Japan, has increased by more than 18 times from 2011 to 2017. 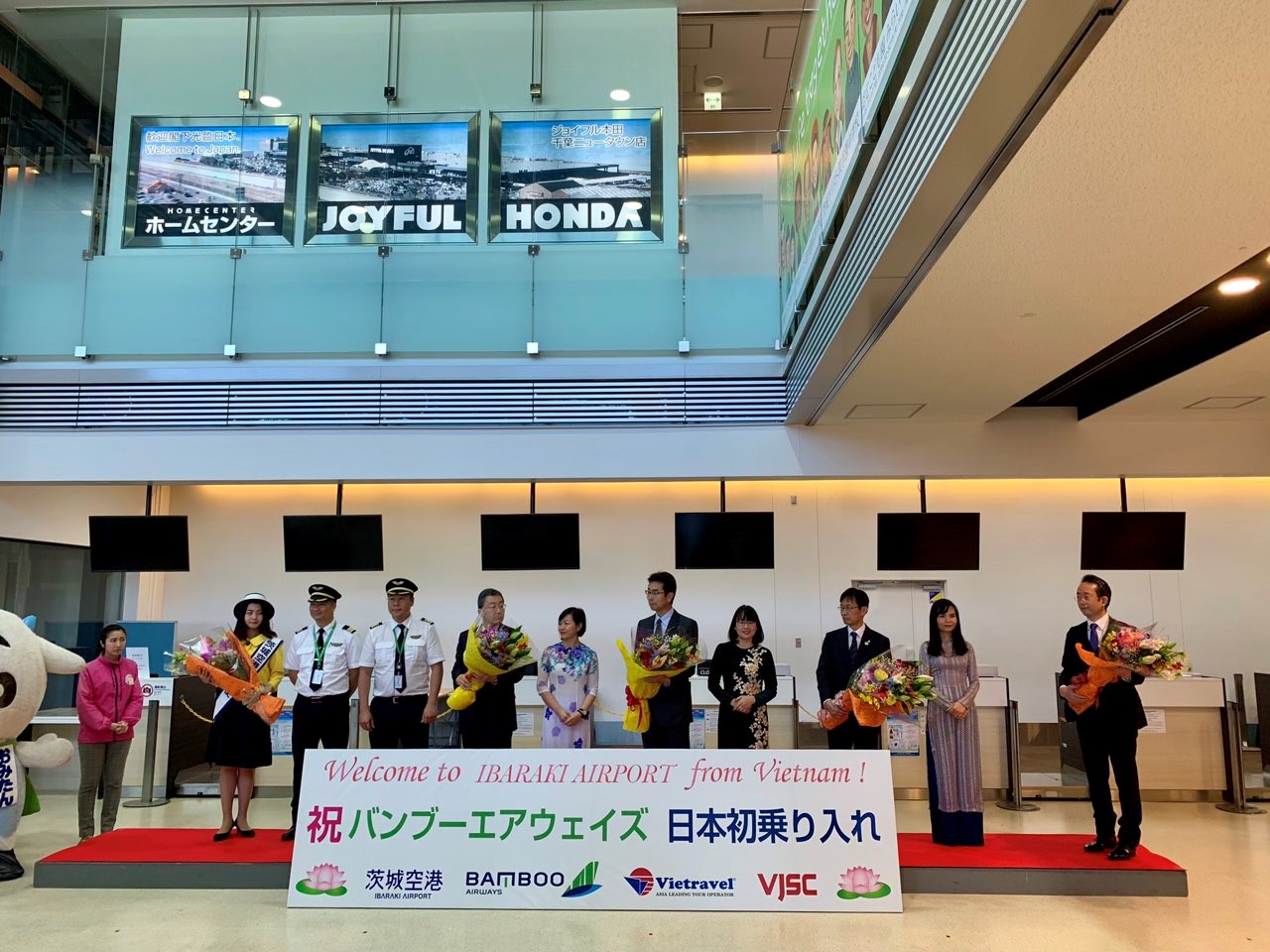 These are considered as a premise for researching and operating regular routes to Japan in the coming time, promoting the development of the comprehensive cooperation in the fields of strength between the two countries.

A series of important events

To strengthen the process of introduction, brand and service promotion, as well as the comprehensive expansion of operations in the Japanese market, Bamboo Airways organized a large-scale series of events including numerous activities in Tokyo Capital and other localities  from June 28 to July 2nd, 2019.

Accordingly, on June 28th, Bamboo Airways will participate in the discussion at the Press Conference on charter flights connecting Fukushima – Vietnam in the near future, and launch Bamboo Airways’ General Agent in Japan – Vietnam – Japan Services and Trade Company Limited. (VJSC). VJSC is a large and prestigious enterprise, the official representative in Vietnam for the promotion of famous Japanese tourist cities such as Fukushima, Ibaraki, Wakayama, etc.

On July 1st, Bamboo Airways will coordinate with VJSC and Vietnam Travel and Marketing Transports Joint Stock Company (Vietravel) to sign a memorandum of understanding (MOU) to cooperate with Ibaraki and Fukushima provinces in promoting the branding of tourism products, and conducting direct charter flights with those two provinces. The MOU signing is within the scope of Prime Minister Nguyen Xuan Phuc’s visit to Japan and the Vietnam’s high-level delegation according to the invitation of Japan’s Prime Minister Shinzo Abe.

From June 28th to July 2nd, Bamboo Airways organizes a large-scale series of events including activities in Tokyo and other localities.

The fields of aviation, tourism, resort, and real estate are important topics to be discussed at the event by the speakers and experts in the context of Bamboo Airways being the only airline in Vietnam to inherit the ecosystem of 5-star resorts and golf courses from FLC Group. This is also a forum for individuals and investment organizations in Japan to make clear about the legal framework, policies to attract investment and investment environment in Vietnam, as well as to learn more about the products, services and the potential cooperation with FLC Group and Bamboo Airways.

“Northeast Asia market in general and Japan in particular are determined as one of the key markets in Bamboo Airways’ business plan. Therefore, this series of events is the Airline’s practical activities to expand and develop its route network, to connect the tours between Vietnam and Japan, and to effectively serve the travel needs of the two countries’ people, contributing to the socio-economic development and the bilateral cultural exchange,” said Bamboo Airways’ representative.

The activity of promoting the development of routes to Japan is included in Bamboo Airways’ long-term flight route and network construction plan. In 2019, the Airline plans to exploit 37-40 domestic and international routes. Particularly in April 2019, Bamboo Airways has put into operation three routes to Korea, Taiwan and Japan. The Airline also launched its first International General Agent in Korea in May 2019.

Simultaneously, the Airline is accelerating the process of completing its fleet according to the orientation of standardization, expectedly reaching more than 30 aircraft by 2020, including Airbus A321neo and Boeing 787 Dreamliner models. It is expected that the first wide-body aircraft will be handed over to Bamboo Airways by Boeing in QIV/2020.

Up to now, Bamboo Airways has carried out nearly 10,000 absolute safety flights after nearly 6 months of operation, the average load factor is 90% and the OTP rate is approximately 95%, receiving positive feedbacks and support from customers. According to new statistics published by The Civil Aviation Administration of Vietnam, Bamboo Airways is currently the most punctual airline in Vietnam in the first 5 months of 2019.

“I am glad that Bamboo Airways of FLC Group has participated in this market. It  will certainly be an airline…