The nonstop Hanoi – London (Gatwick) route of Bamboo Airways follows a serial success of the airline in bridging Vietnam and the UK, thus offering additional qualified travel options for passengers of the two countries.

Bamboo Airways plans to operate this nonstop service weekly, with one return flight every Saturday. The flight is airborne for only over 12 hours which helps save much more time than transit flights.

In the hope of bringing the utmost fulfilled flight experiences for passengers, Bamboo Airways also offers the inflight entertainment system Bamboo Sky with diverse options of movies, music, games, podcast, etc. Inflight menus are regularly updated, and dishes are made from selective ingredients to suit every passenger’s palate. 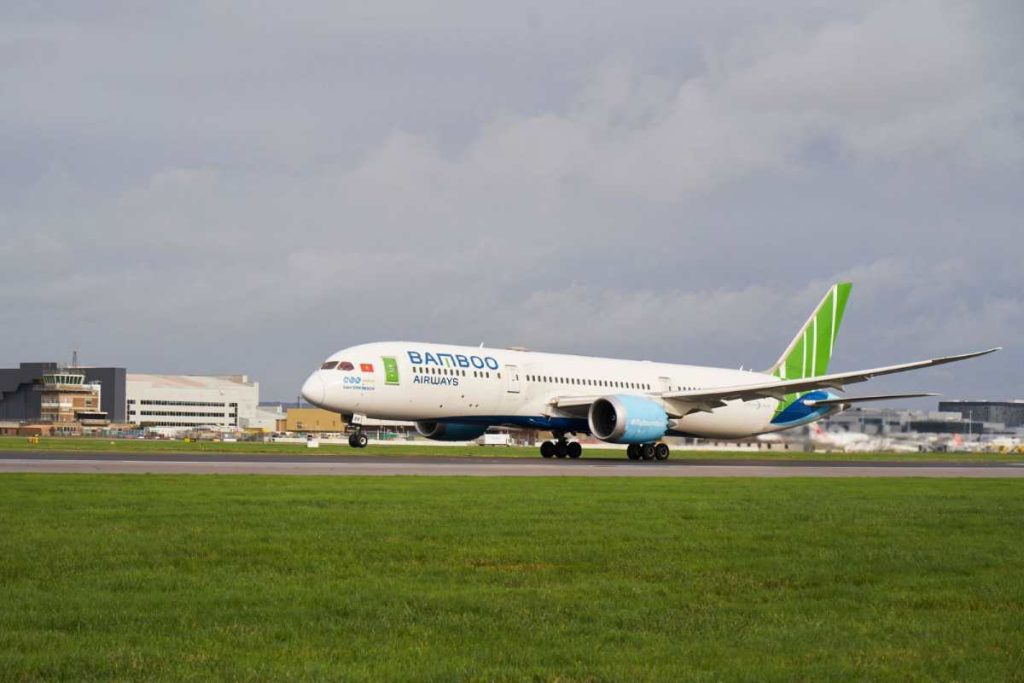 Located in West Sussex, London Gatwick Airport is the UK’s second-largest international airport and Europe’s 9th busiest airport. This is an ideal destination for many international flights to Europe. Gatwick is linked to over 100 UK towns and cities with direct coach, bus services and fantastic train system, thus making it easier for passengers to travel after takeoffs. Passengers can travel with Eurostar from Gatwick to central London, including London Victoria, London Bridge and London St Pancras International in as little as 30 minutes, as well as the direct trains to the south coast and across the south-east.

Nguyen Manh Quan, CEO of Bamboo Airways said: “The nonstop service to London Gatwick Airport is the next step in our expansion plan to the UK market which is considered a crucial gateway to Europe, thereby promoting the connectivity to other continents. We hope the sense of hospitality and international-oriented services of Bamboo Airways will win passengers’ trust and confidence while making a name for Vietnamese aviation.”

“Vietnam is a wonderful country, offering a wealth of beautiful sights including stunning beaches, national parks, temples and vibrant streets and night markets, so we are delighted Gatwick passengers can now connect to its capital city and beyond so easily, via Bamboo’s excellent network.”

From December 7th, Bamboo Airways intends to inaugurate the commercial flight connecting Ho Chi Minh City and London via London Gatwick Airport. This is vivid proof of the airline’s relentless efforts to expand its global presence, following a series of recent nonstop routes to Europe and Australia, including services to Frankfurt, Melbourne, and Sydney.

Bamboo Airways is among the top three Vietnamese carriers, with a leading on-time performance rate reaching 93,3% in October 2022. In addition, Bamboo Airways was honored as the airline with the best service in Vietnam, The Best Cabin Crew in Asia, and the Most Improved Airline in Asia, ranking among the World’s Best Regional Airlines, and second among Asia’s Best Regional Airlines.