Bamboo Airways and the path towards 5-star rating achievement

From a carrier dubbed the most intriguing airline startup in 2020“ by Forbes, Bamboo Airways are now among three leading carriers in Vietnamese, vividly proving to be an ideal option for the 5-star oriented flight experience.

Inspired by its founder’s dream of exploring the sky at the age of 19, Bamboo Airways was established to be the torchbearer leading Vietnamese airline service to the next level. Hence, the international 5-star rating has become Bamboo Airways’ ultimate goal since its earliest days.

Bamboo Airways adheres to its target of quickly updating service quality and getting 5-star certification from 2023. Therefore, the airline has entered into official cooperation with Yates and Partners, the world’s premier aviation and hospitality consultancy with the most experience in 5-star service consultation and guest experience design. This shows that Bamboo Airways has taken drastic actions in achieving its initial goal, even during this period of turmoil for both domestic and international aviation. 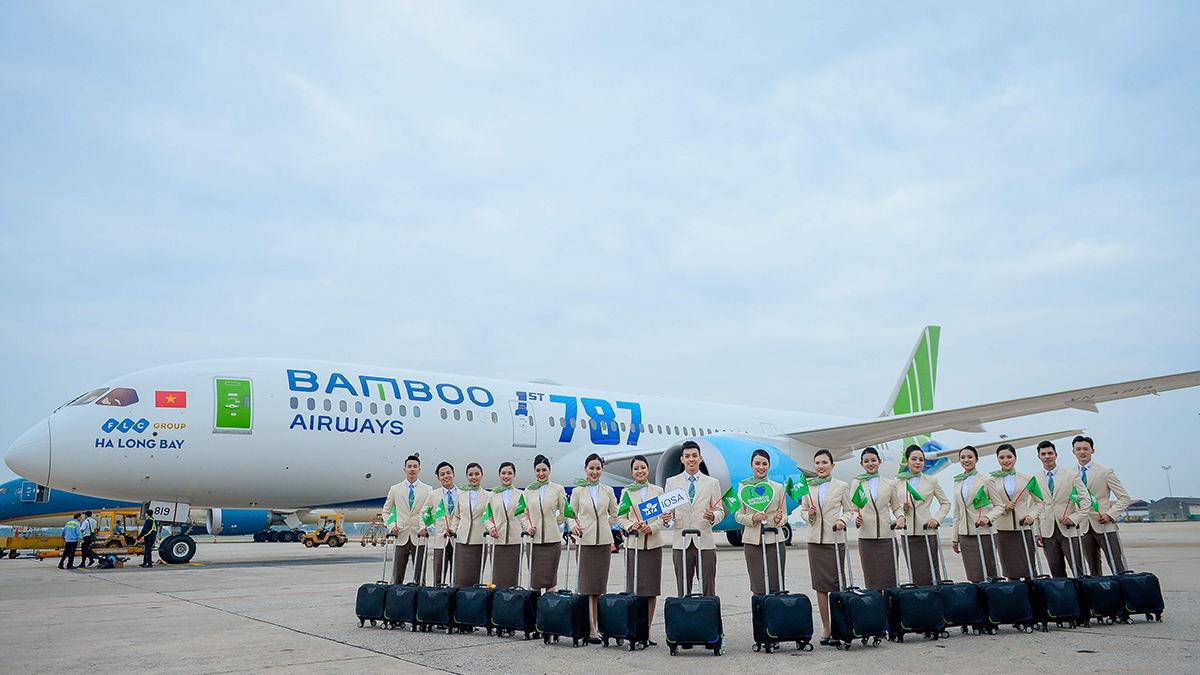 Bamboo Airways has deliberately selected and provided standardized training courses for its very first cabin crew, passing numerous criteria such as communication skills, English proficiency, customer service skill, first aid skill, etc. Besides, flight attendants must reach a height above 1m70 (for male), and above 1m60 (for female) with an arm reach of at least 2m12. The airline also focuses on criteria for appearance, customer interaction, problem-solving skills, taking women’s tenderness as the basic standard for customer service on each flight.

“Bamboo Airways always prioritizes the sense of hospitality and responsibility when selecting its “sky ambassadors”. As Bamboo Airways aims to provide with “more than just a flight” experience, its flight attendants need to provoke passengers’ feelings of trust, being secured and cared through words, actions and professional problem-solving skills,” said Mr. Le Dang Khoa, captain of Bamboo Airways’ cabin crew.

A hand on the heart with a broad smile has become the symbol of Bamboo Airways at every customer touchpoint, from ticket offices, waiting rooms to boarding gates.

The first Vietnamese private airline to operate its Business Lounge 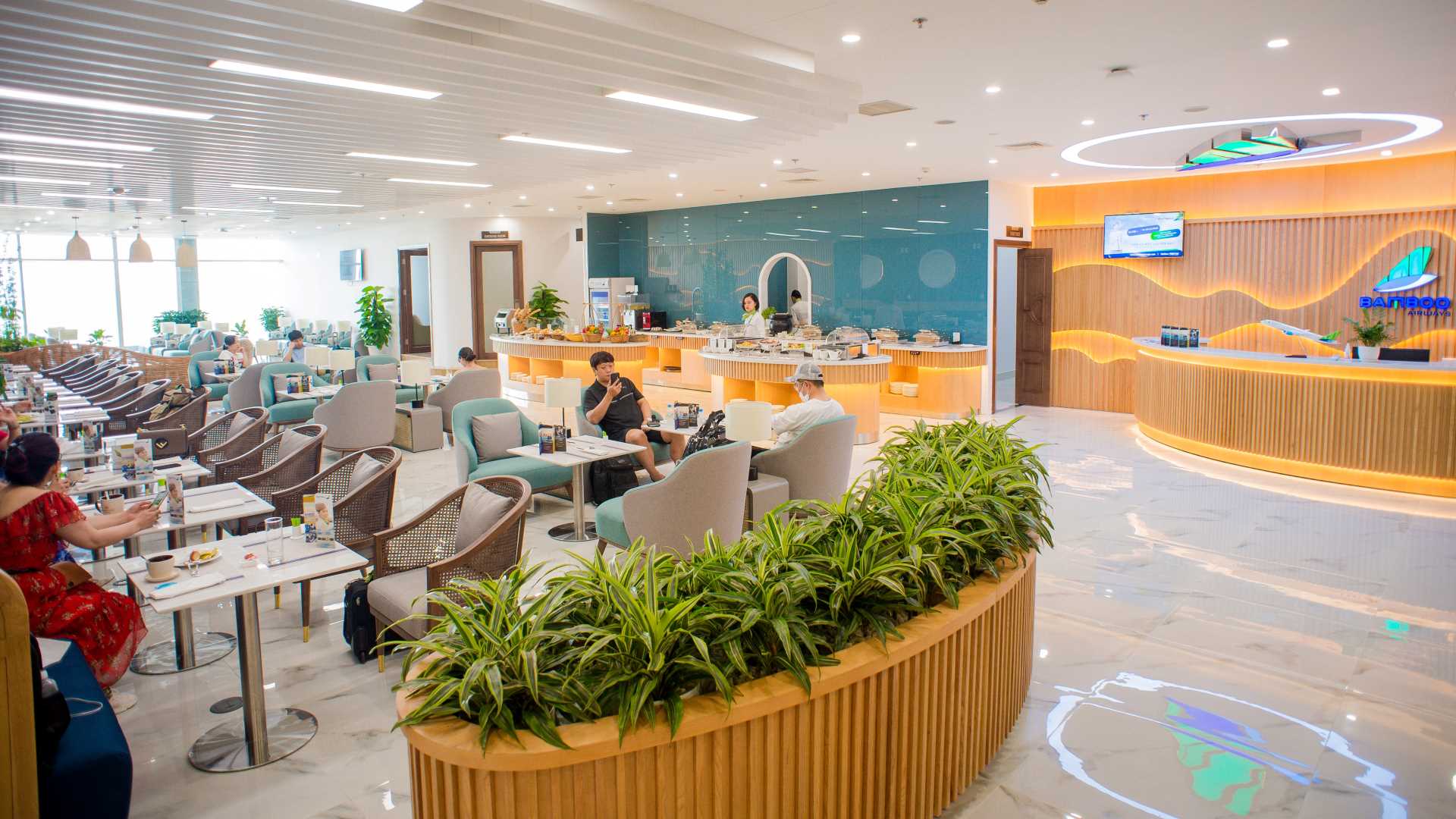 The Business Lounge of Bamboo Airways

Acknowledging the importance of this customer touchpoint, Bamboo Airways has standardized its 5-star oriented Business Lounge service at airports. It offers first-class amenities and services, from restaurant-quality dishes, smoking and working areas to stunning runaway views.

Despite the demanding period of the aviation industry, Bamboo Airways has constantly developed and expanded its lounge system at numerous domestic airports such as in Quy Nhon, Phu Quoc, etc to provide consistent 5-star oriented services to customers.

Even in the process of fleet expansion, the customer experience factor remains to be Bamboo Airways’ priority when choosing aircraft, apart from other factors that control the exploitation and resources.

For instance, Bamboo Airways is the pioneer in utilizing Embraer jets in Vietnam. Built by the world’s third-largest manufacturer of civil aircraft, Embraer 190 and 195 not only attribute to Bamboo Airways’ monopoly on routes connecting Con Dao but also turn the airlines into the first and only carrier to provide Business class service in Con Dao.

Furthermore, Bamboo Airways has made substantial investments in fleet expansion and pilot training courses to achieve excellent service quality. In 2019, Bamboo Airways welcomed the first Boeing 787-9 Dreamliner to join its fleet, becoming the first Vietnamese private carrier to operate wide-body aircraft. Besides modern narrow-body aircraft such as the A320NEO and A321NEO, Bamboo Airways expanded its fleet to 30 aircraft with the constantly upcoming Boeing 787-9 Dreamliners, aiming to increase capacity and service quality. 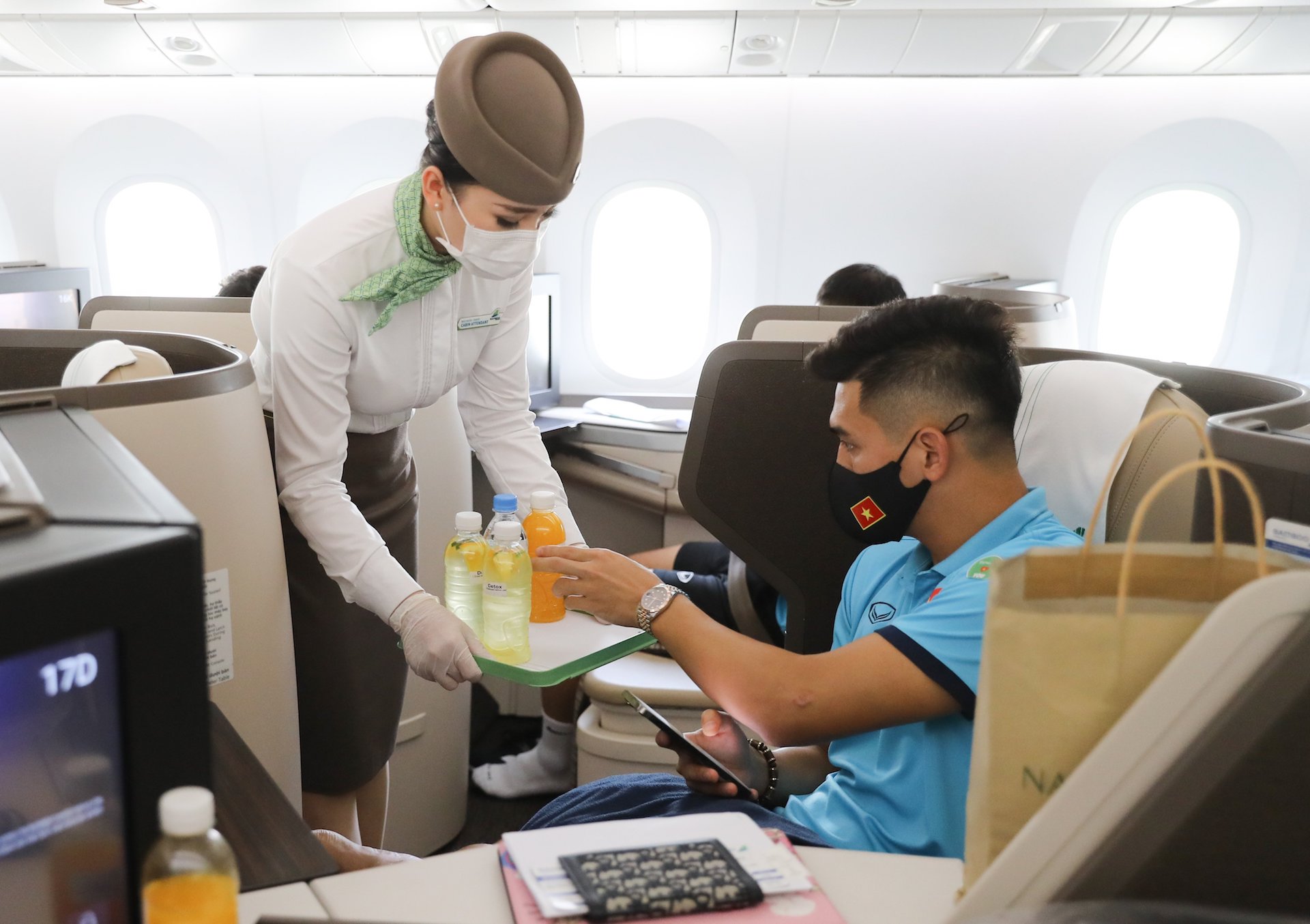 According to aviation experts, passengers’ expectation of an airline service also comes from the carrier’s convenience and prestige.

In cooperation with Bamboo Airways, the Chairman of Yates & Partners highly evaluates the airline’s core value and service mindset which are important factors for any carrier in the path towards the international 5-star rating.

Consultants of Yates & Partners will accompany Bamboo Airways on a long-term roadmap, supporting the airline in setting international 5-star service standards at all customer touchpoints, including standards for Business and Economy Class service, F&B strategy, catering service on each flight, personnel training for staffs and cabin crew on domestic and international flights, etc.

The well-being and safety of passengers is our utmost priority. In response to the spread of Covid-19, Bamboo Airways has…